Women’s rights are more relevant than ever now 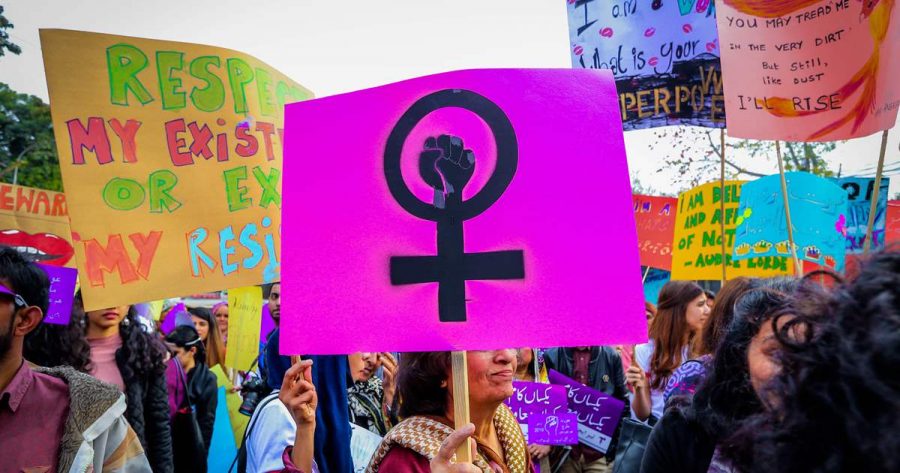 Since the death of the honorable Ruth Bader Ginsburg, women have been fearing for their rights, such as bodily autonomy or their reproductive rights. In Louisiana, the government has passed Amendment 1, which prevents abortions and “protects human life.” Even if the woman is a victim of rape or incest, they are still prohibited from getting the medical care they need. Really, the human life that needs to be protected is the mother of the fetus.

Some very religious, strict conservatives make abortion out as this evil, monstrous thing that God will not forgive you for. In reality, this medical procedure can save lives. If abortion is banned nationwide, the maternal mortality rate would increase severely. If women are in need of abortions, but they are prohibited nationwide, the number of unsafe, dangerous, illegal abortions will drastically increase.

Not only do these conservatives claim that this medical procedure is a deed against God, they claim that it is murder. If abortion was truly murder, the religious groups would do absolutely everything in their power to physically stop it. Some religious, conservative groups spread false information, that includes pictures of “aborted” fetuses. This images are just pictures of what happens during the process of a surgical procedure after a miscarriage. These two things are completely different, and the fact that these religious groups are acting like this is disgusting and disrespectful to all women who have experienced any/ both of the procedures.

President Donald Trump is against the Affordable Care Act (ACA), and wants to dismantle it. The ACA covers the out-of-pocket cost for contraceptives, such as birth control. Since the confirmation of Justice Amy Coney Barrett and the 6-3 conservative majority on the Supreme Court, the ACA is in danger. This could also lead to the overturning of Roe v Wade, a crucial moment in the Women’s Rights movement.

Roe v Wade protects a pregnant woman’s liberty to choose to have an abortion without excessive government restriction. If this is overturned, more than 25 million women could lose their right to a safe and legal abortion, according to the Planned Parenthood Action Fund. To the women of color and the poor, this would drastically impact them. They could risk unemployment if they become pregnant and become vulnerable to the maternal mortality rate.

Women’s Rights walks have been established in many places across the country. Many of these are branches of the Red Cloak National Protest against Amy Coney Barrett’s confirmation. These silent walks have women of all ages participating. Based off of the horrifying series A Handmaid’s Tale, where women were forced into different classes, trained to be the subjugation of men under a patriarchal society that are fighting for their individuality and rights. Wearing red cloaks and a white hats called wings, these women silently walk the streets of cities, fighting almost like the women in the series. Using the #RuthSentUs tag, these groups have been able to stand up for women’s rights and fight for gender equality.

Being a young woman in today’s society comes with many consequences, especially when it comes to bodily autonomy. I do not want to be told what to do with my body, and I do not want a bunch of cis white men to tell every woman what to do with theirs. The government should not have a say in personal affairs. It is my body, which makes it my choice. Reproductive rights should be equal among men and women, regardless.