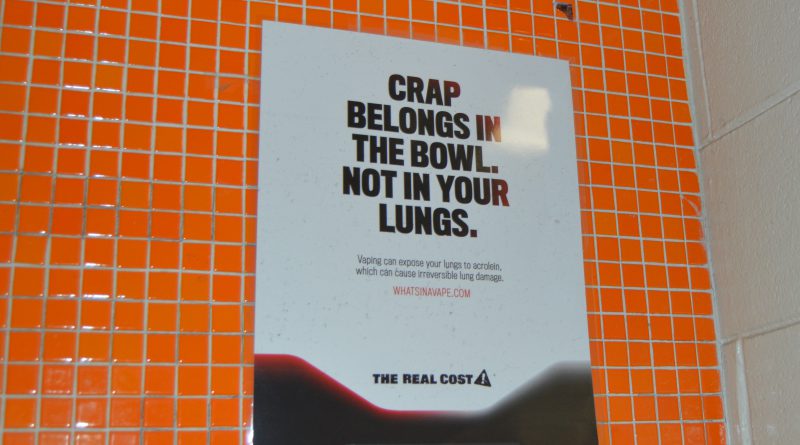 As many students and faculty are aware, vaping has risen in popularity over the past few years. Recently, coverage of the outbreak of lung injuries and fatalities due to e-cigarettes has caught the nation’s attention. According to a study done by CBD, 1 in 4 high schools vape or use nicotine products. On December 5, Fayette County Public Schools announced that they are suing Juul and other manufacturers for creating the vaping epidemic.

“Fayette County Public Schools is recognized as a leader on issues on health, safety, and wellness, not only in the Commonwealth, but also across the nation,” FCPS Superintendent Manny Caulk said in an email to students’ families. “It was wholly appropriate that we continue to lead in this space.”

On December 2, Bullitt County Public Schools was the first state school system to file against e-cigarette companies. The document was later sent in on December 9, and FCPS is following in their footsteps.

The Food and Drug Administrations has previously sent a warning letter to Juul manufacturers alleging improper marketing practices. Although several fruit-flavored cartridges and “pods” have been removed from the market, this isn’t stopping teens’ access. Social media gives these products a platform, and teens are trafficking them.

“Vaping-related offenses such as trafficking or repeated infractions, has led to both in-and-out of school suspensions, which interferes with students’ learning,” FCPS stated.

It is illegal to have and use nicotine products on campus, and vaping is disciplined the same way as the use of tobacco products. It is illegal for minors to purchase or use e-cigarettes.

The district’s policy is to confiscate the contraband. Students that have been caught are offered a smoking cessation program. In more serious cases, students who don’t oblige receive an out-of-school suspension.

In the 2019-2020 school year, there have been at least 116 tobacco-related disciplinary incidents, including six out-of-school suspensions.

Vaping has impacted teens all over the United States. According to the Center for Disease Control and Prevention’s annual National Youth Tobacco Survey showed that 27.5% of teenagers reported using an e-cigarette in the previous 30 days. This was a 7.3% increase from 2018.

FCPS board members commented on December 5, saying that district employees are investing a significant amount of time and resources to educate students and confiscate vape-related products.

“Fayette County Public Schools is compelled to take legal action in order to protect the health, welfare and education of our students,” FCPS legal resolution stated.