Vandalism spreads through HC due to social media trend 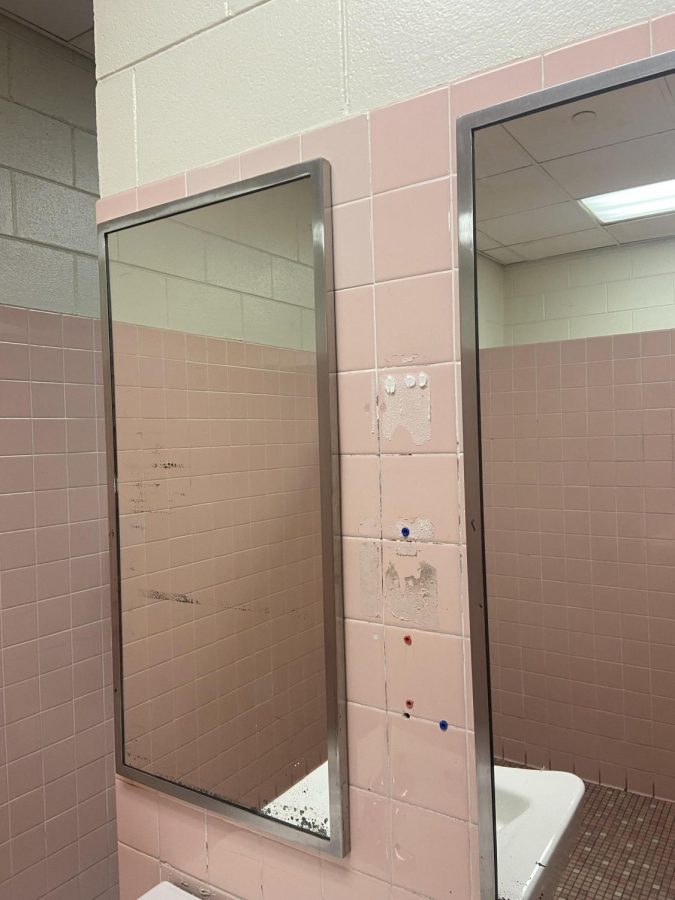 With the rise of a new national social media trend, “Devious Licks”, is spreading disruption throughout middle and high schools. Schools across the country have made announcements and sent emails to share the consequences of the vandalism.

The challenge encourages students to steal, vandalize, and deface school property. The “prank” has ranged from stealing soap dispensers, projectors, and even teachers’ personal items.

Vandalism has existed in HC in the past. However, this issue has been particularly in the boys’ bathrooms. Sinks, toilets, and stall doors have been severely damaged or removed. This leaves HC funds to pay for the defacement of property; school property that has already been vandalized include pipes, sinks, soap dispensers, computer monitors, toilets, and stall doors.

“I apologize for even having to make this announcement,” HC Principal Paul Little said. Things are starting to happen.”

Students caught with or posting the vandalism will be prosecuted, expelled, and recommended to an alternative school.

In one of the boys’ bathrooms, a student tore a sink off of the wall, leaving the pipes exposed. Thus, forcing the HC janitorial staff to do unnecessary repairs. The investigation proceeded and now it is in HC’s law enforcement’s control. This is a potential consequence of the challenge.

Little sent out an email to the HC community informing parents and staff of the challenge and asking for assistance to stop the issue.

“The trend has made its way to Henry Clay,” Little’s email said. “I am writing to inform you and to ask for your help. If you have information that can help lead us to the guilty parties of any of the vandalism at Henry Clay, please reach out to me personally via email or telephone.”

Other high schools under FCPS have had similar issues, or worse. Paul Laurence Dunbar High School has experienced students using clothing items to clog up toilets to flood their bathrooms. PLD is already short on their custodial staff.

“Last week, [the custodians] had to stay up until midnight woking overtime for three shifts in a row,” PLD Associate Principal Tony Blackman said in an interview with the PLD Lamplighter. “School employees don’t deserve that kind of treatment.”

This social media trend has been banned from the TikTok app in order to contain the issue. The majority of those videos have been reported and deleted to the TikTok team, most likely due to the overwhelming amount of contact from schools.

Regarding the spread of this destructive trend, teachers and faculty in all schools, including FCPS, are working diligently to stop the defacement of school property.